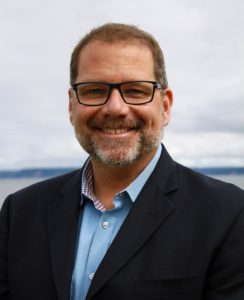 State Representative Strom Peterson has been a champion for the people and quality life of the 21st District. Dedicated to serving with integrity and leading through collaboration, Strom has brought Legislators together on issues of safety, transit and transportation, environmental protection, and health to get things done for us.

Prior to his election to the State House of Representatives, Strom served as an Edmonds City Councilmember where he focused on public safety, environmental sustainability, and a thriving local economy.

Active in the community, Strom also serves on the board of the Progressive Animal Welfare Society (PAWS) and is involved with Coalition for Children of the Incarcerated, Alderwood-Terrace Rotary, Leadership Alliance Against Coal, Edmonds Center for the Arts, and Edmonds Community College Veteran Support Center. 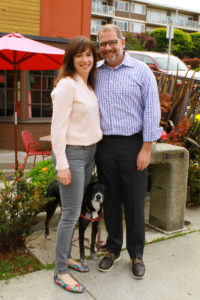 Strom grew up in Santa Fe, New Mexico, and received his B.A. in English from the University of New Mexico. He and his wife, Maria Montalvo, settled in Edmonds in 2001, and founded three successful small businesses in Edmonds, and Strom is currently the owner of The Cheesemonger’s Table. Strom’s grandfather served more than ten years as a County Council member in Colorado, and his parents served on numerous political groups and committees in New Mexico. Strom and Maria are active members of the Edmonds community and live in the Seaview neighborhood of Edmonds with their beloved Bitzer, Lulu.